Which Steaks Have The Least Fat? 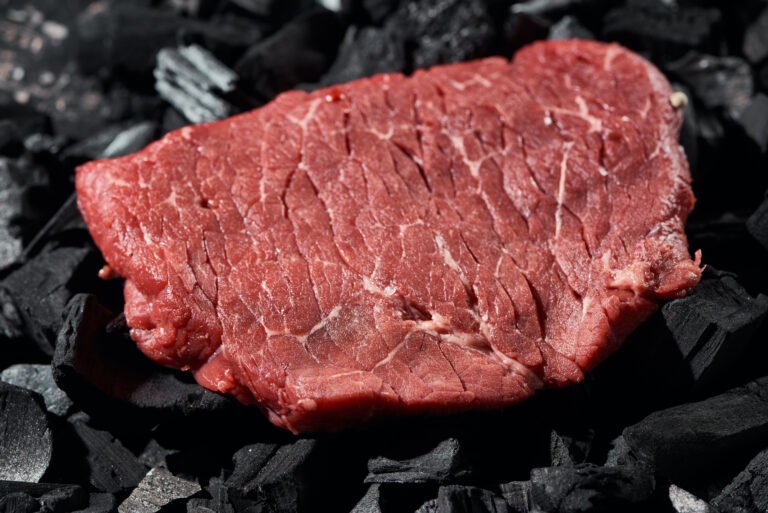 There are few foods more beloved in the Western world than a properly cooked steak. While the definition of what constitutes a properly cooked steak can range from rare and juicy to gray and leathery depending on taste, most people who eat meat love it even though beef is often loaded with cholesterol. Often, but not always since some cuts have less of it than others. Here is a look at the steaks that have the lowest amount of fat.

Like other parts of the ultra-lean round primal cut, bottom round roasts are known as an affordable cut that makes up for its relative lack of flavor by being relatively healthy. It’s better for you than other steaks because of how little fat it has. You can cut a bottom round roast into steaks. You will get only 2.2 g of fat from a 3 oz serving of bottom round steaks. The fat content is so low that open-flame cooking and other dry-heat methods are not ideal for it. Bottom round steaks are best prepared by braising them.

The round primal cut is known for its lean meat and the top round steak is an excellent example of its low fat content. The round is located in the cow’s hindquarter, which is tough and relatively fat-free due to the amount of physical activity it performs. Top round steaks are an affordable, thin cut with very little fat (a little over 3.2 g in each 3 oz serving). To keep it from becoming excessively tough, you will want to cook this steak quickly over high heat.

The sirloin tip side steak is — as you might expect — a steak cut from the side of a larger cut called the sirloin tip. What you might not expect is that the sirloin tip is not from any of the sirloin primal cuts but is actually from the round primal cut, just like most of the other steaks on this list. The sirloin tips side steak has almost none of the intramuscular fat commonly referred to as marbling. It has about 4 g of fat in total per 3 oz serving. Despite being a very lean cut, it can be flavorful but dry out if you overcook it even slightly.

Eye of round steak

Eye of round steaks are cut from the eye round roast cut. Eye round roasts are not low-fat because although they don’t have much marbling, they do have a fat layer on one side. When this roast is cut into steaks, the fat layer is removed. The result is a low-fat cut that can easily get dry if you don’t cook it correctly. Cooking methods often involve marination and high heat to keep the steaks moist. In each 3 oz serving of eye of round steak, you get about 3.3 g of fat.

Top sirloin steaks are not as low in fat as the other steaks on this list but they are still low in comparison to other cuts. They make for a great compromise between flavor and healthiness. A 3 oz serving of top sirloin steak will give you about 4.9 g of fat. It is versatile enough to be cooked in several ways, including dry and wet techniques.

Which Steaks Have The Most Fat?