What Is Reverse Searing? A BBQ Primer 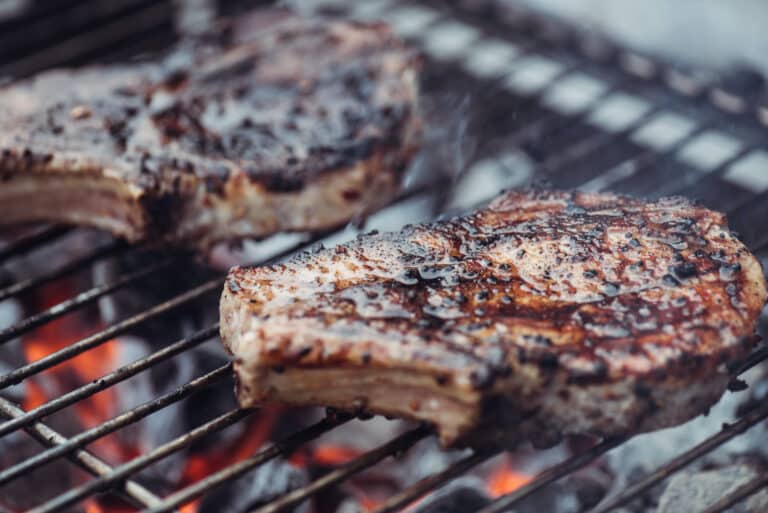 Reverse searing is the technique of searing meat with direct heat after cooking it over indirect heat. What makes it reverse searing as opposed to just regular searing is the point in the cooking process at which it is done. Usually, searing and indirect heat are applied the other way around. Conventional practice for barbecue requires that you first sear the meat over direct heat to seal in the juices and get an attractive brown surface going. That char is the foundation of what barbecue fans refer to as the bark, which is the caramelized shell that meat develops after hours off slow and low open-flame cooking.

When cooking steak rare or medium-rare, what you want is for the meat to be the same color all the way through. What you will probably get if you attempt a conventional sear on a standard charcoal or gas grill is a layer of red (possibly uncooked) meat sandwiched between layers of gray. Reverse searing allows you to cook the meat all the way through to your desired degree of doneness and then turn the heat up for an intense sear at the end. You get surface browning along with a properly cooked interior.

The other comparable process to the reverse sear is sous vide, which uses a vacuum bag and specialized equipment to precisely cook meat to a specific temperature. After the meat has been cooked using the sous vide method, it can then be seared. Reverse searing has some major advantages over sous vide including the fact that it requires no specialized (and expensive) equipment and is probably safer given the food safety issues that come with cooking in plastic.

Reverse searing is not without its issues. While it does work well in many cases, it’s not an all-purpose cooking method. Problems with it include:

It’s not a good idea for thin steaks

If your steak is less than 1.5 inches thick, you should sear first then use indirect heat. Reverse searing will probably wind up with you overcooking your steak.

Reverse searing can lengthen your cooking time by quite a bit. For example, a steak that would be finished in 15 minutes can take as long as 45 minutes to get to the right temperature with indirect heat.

How to reverse sear

Ideally, you want to choose a larger cut of meat if you want to try reverse searing. Thick steaks and pork tenderloins are great. Start by drying the meat off with a paper towel. At this point, you can season it if you want or you can leave the seasoning until later. Place it into the oven. Bake at 250 until a thermometer shows your desired temperature. Remove the steak from the oven and let it cool to room temperature before searing it. You will want to get your pan as hot as possible before searing.

Seven Of The Most Common Barbecue Sauce Ingredients

What Are USDA Beef Grades?