What Is Barbecue? A Quick Review Of BBQ In America

Barbecue has long been a popular part of American food culture. But what is barbecue exactly? While many people may think they know the answer to this question, they may be surprised to learn some … 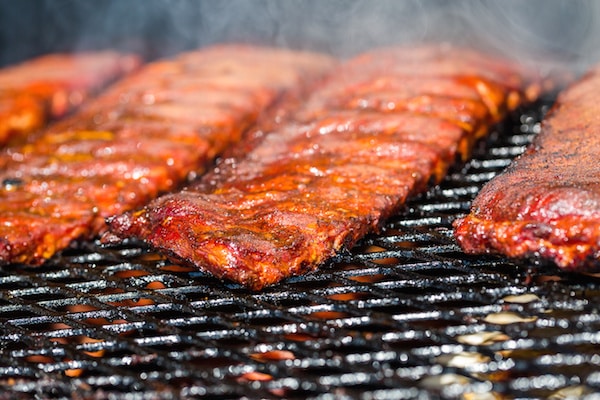 Barbecue has long been a popular part of American food culture.

But what is barbecue exactly?

While many people may think they know the answer to this question, they may be surprised to learn some of the details of barbecue history and how unique barbecue can be from region to region. It’s one of the more complex American cuisines around.

Barbecue by the book

According to Merriam-Webster, definitions for the word barbecue include:

However, a food style as complex as barbecue cannot be summed up in a single dictionary entry. This is because barbecue means very different things to different people, and the meaning varies widely depending on region.

The many faces of American BBQ

Sure there are various forms of barbecue throughout the world, but here we’ll focus on good old American BBQ, as it’s affectionately known here in the States. Even within the same country, though, you will find many different approaches to this popular cuisine. In Texas, for example, barbecue almost always involves beef. However, if you visit Kansas City, the type of meat used is less important; chicken, pork, beef, take your pick. It’s the thick, sticky-sweet sauce the region is known for that really sets KC BBQ apart from the rest.

In North and South Carolina, most folks wouldn’t dare to call any meat besides pork “barbecue.” The same can be said of Memphis meat lovers, who tend to consider pork the true BBQ meat. However, the sauces and the types of wood the meat is cooked over will still vary greatly.

Eastern NC sauces will often have no tomato products whatsoever, while folks in Memphis are used to a tomato-based sauce slathered on their ribs.

In addition to the types of meat used, there are different schools of thought when it comes to sauce versus rubs, and smoke versus steam. Whether moisture is friend or foe is up for debate depending on where you live and who you ask. In Southern Texas, traditional barbecue involves steaming tougher cuts of meat until they are tender and juicy, while Central Texas has an affinity for smoking their meats dry. Memphis BBQ cooks often serve up a mix of wet, sauce-slathered ribs and dry ribs rubbed with a custom seasoning blend, so barbecue fans who enjoy both styles may be well served in this part of the country.

Where barbecue all began…

The history behind how barbecue got its start in America is quite interesting.

U.S. BBQ lovers owe it all to Spanish settlers who introduced pigs to America before America even was America, way back in the sixteenth century. After the Spanish introduced this abundant, sustainable meat source, the combined influences of Native Americans and African slaves helped style the preparation and cooking methods still used in modern BBQ today.

For an even more in-depth look at the history of BBQ, Time magazine has put together an impressive article on the subject here.

So what is barbecue? You can see it’s not as simple of an answer as the dictionary would suggest. Barbecue can be dry-rubbed or drenched in sauce. The meat can be smoked and savory, or steamed until it reaches juicy perfection. Cuts of BBQ meat can be pulled, chopped or served whole, and sides may include slaw or beans. There is really no wrong way to enjoy barbecue, although die-hard regional BBQ purists may, of course, disagree!

What Makes Peppers Hot? Capsaicin And Beyond

Best Grill Pan Options To Spice Up Your Indoor Cooking