What Are Cracklings? The Story Behind The Eats

Cracklings began as the food of Southern poor people that was consumed so no part of the pig would be wasted. Pork cracklings were a way to make use of scraps that would otherwise be … 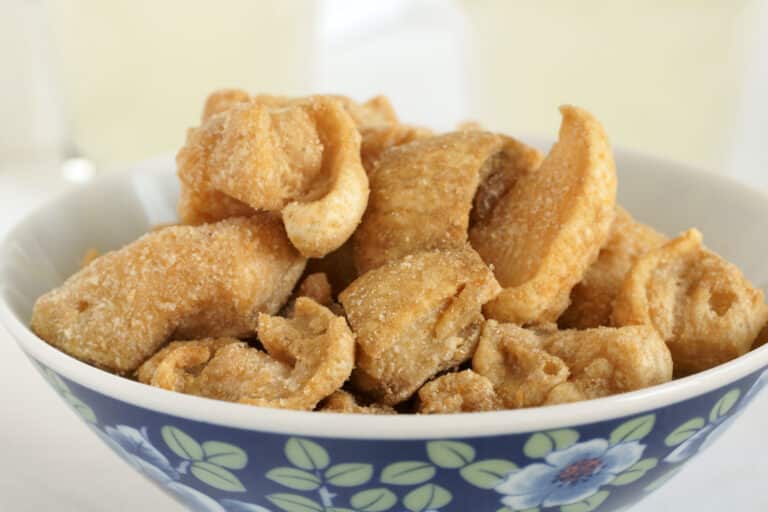 Cracklings began as the food of Southern poor people that was consumed so no part of the pig would be wasted. Pork cracklings were a way to make use of scraps that would otherwise be lost or considered inedible. What exactly are cracklings? What is the difference between cracklings pork rinds? Read on for the answers to those questions. A popular snack, pork cracklins (or cracklings) have grown more popular today due to their lack of carbs. That's right: 0 carbs here. And in this package, 7 grams of protein per serving. That makes cracklins a popular snack with those on Keto or Paleo diets.

In the Southern states of the US, hog-killing time was a tradition that took place in the month or so following Thanksgiving. This was the time of year that cracklings were made. All the fat and other scraps were rendered down in large wash pots and the chunks of meat with bits of skin would be skimmed off and used as snacks.

These days pork cracklings have regained popularity with the rise of the Atkins and keto diets. Both diets focus on limiting carbohydrates. Pork cracklings and pork rinds are popular among people on these diets because they are carb-free.

Cracklings may be made with pork or poultry skin, but the word usually refers to pork unless poultry is specifically stated. The skin is fried until brown and crisp and most of the fat has been rendered out of it.

Pork cracklings may be made from any portion of the pig’s skin, but skin from the belly makes the best product. If you want to make cracklings yourself, your best bet is to buy skin-on pork belly. The part of the belly that you don’t use for cracklings can be prepared in a variety of ways, including to make bacon.

How do pork cracklings differ from pork rinds and similar products?

Not everyone agrees that there is a difference between pork cracklings and pork rinds – some use the terms interchangeably. Pork cracklings may also refer to one or more pork products including the bits of meat left in fat that has been rendered to make lard. The cracklings were the tiny pieces of meat that would wind up being deep-fried in the pork fat.

Others use the term crackling to mean pork skin with pieces of fat still attached, which gives it a different texture to pork skin without the fat. The fat on the skin makes it curl more and gives it a denser mouth-feel with a lot of meatiness. The fat also keeps it from puffing up.

The fat-free pork skin is precisely what pork rinds are. The term refers to the skin only with no fat or meat at all. Because pork rinds have no fat, they are light and puffy with a mouth-feel similar to that of rice cakes. Pork rinds are also called chicharron in Spanish-speaking countries and pork scratchings in the UK.

What are the best ways to eat pork cracklings?

You can eat pork cracklings with salt and other seasonings as snacks by themselves, which is how many people prefer them; however, they are incredibly versatile. Other ways to use them include in biscuits, bread dough, and cornbread. You can add them to sauces or use them as a keto-friendly crouton alternative in salads, or sprinkle them over collard greens.