Sirloin and tenderloin are two of best-known steaks and each has its own benefits and drawbacks. While the two cuts are similar in some respects, they are also very different in others. Which of them … 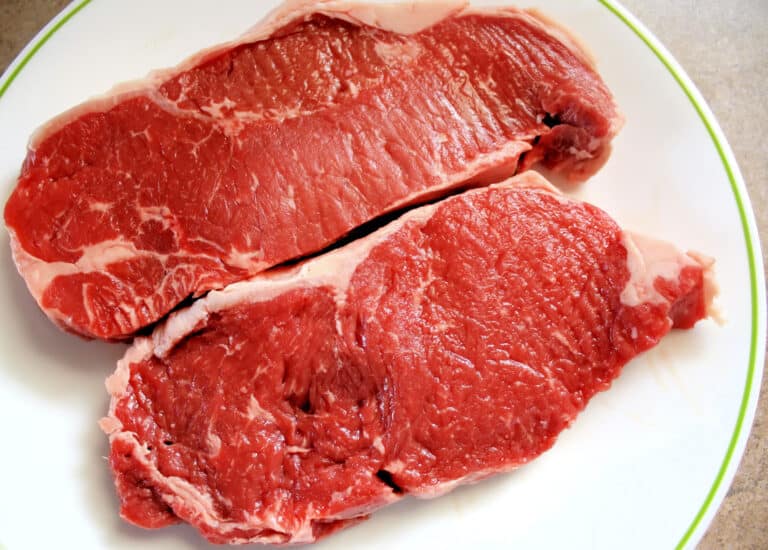 Sirloin and tenderloin are two of best-known steaks and each has its own benefits and drawbacks. While the two cuts are similar in some respects, they are also very different in others. Which of them you choose depends on your dietary preferences and your budget. Below, we will look at the differences between these cuts that can help to make the decision easier.

How does sirloin differ from tenderloin?

Sirloin steaks are also known as New York strips in the US and are a tender cut of meat, though not as tender as the tenderloin. The tenderness of the sirloin is somewhere between tenderloin steak and hanger steak, meaning it is moderately tender. Its fat content is in the middle as well since it is not too fatty but not too lean.

The tenderloin offers up the most tender meat on the cow. It is lean, but makes up for it with its silky texture. The lack of fat means that it is somewhat less flavorful than fattier cuts like ribeye, but this can be appealing to people who find intense beefy flavor off-putting. The extremely tender texture may also be undesirable for serious steak lovers, but may win over people who are not as enthusiastic.

What parts of the animal provide sirloin and tenderloin?

Tenderloin comes from the area just under the spine and behind the cow’s kidney. It consists of a muscle that extends from the hip to the last rib, which is the one closest to the animal’s rear. This muscle is the long, narrow psoas major. The psoas major runs into the short loin and sirloin sections of the carcass. It is shaped like a long cone with the wide end located in the sirloin and the narrow end in the short loin.

The sirloin comes from the back of the carcass, towards the round primal located in the rump. The sirloin makes up parts of other steaks including the t-bone and the porterhouse.

Sirloin is low in fat, but is not as lean as tenderloin. This means that there is a slight risk of flare-ups but overall, this may be the easiest steak to grill.

The fact that tenderloin steaks are low in fat makes them cook much faster than fattier steaks. The reason is that fat is an insulator that slows the conduction of heat. Because there is little fat, there is very little risk of flare-ups that might cause charring; however, there is a risk of your steak cooking much faster than you might expect. You can wind up with a dry, tough piece of meat if you neglect the grill for too long.

Tenderloin is a highly-prized cut of meat that is very popular, This means that it commands the highest price of the two cuts. Sirloin is also popular, but for different reasons. It is considered to be in the second tier of steaks, but still a higher quality cut than skirt and hanger steaks. While not quite a budget cut, it should be considerably more affordable.

Choose the tenderloin if your priority is to get a tender, high-protein steak. The relatively high cost may make this steak a better option for special occasions rather than for get-togethers or weeknight dining. If you are feeding a lot of people, you may want to opt for the less expensive sirloin. Sirloins are lean, but will usually have enough marbling to give moderate beefy flavor. In addition, the sirloin may give you a firmer texture if the fine texture of tenderloin doesn’t do it for you.

Smoking Ribs On A Charcoal Grill