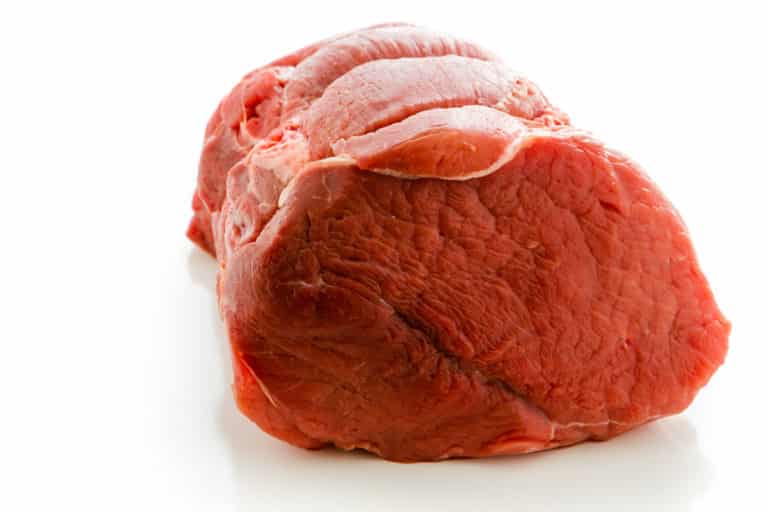 Rump and chuck roasts are two inexpensive cuts of beef that are similar in appearance and texture. Chuck roasts are sometimes called English roasts, while rump roasts are referred to as standing rump roasts if they are bone-in. What makes these cuts different? What are the best ways to use them? We will consider those questions and more below in our BBQ Showdown: Rump Roast Vs. Chuck Roast.

How do chuck roast and rump roast differ in terms of flavor?

Where a cut of meat comes from on the cow has a lot to do with its flavor and texture. Chuck roast comes from the shoulder of the cow. The chuck primal includes the first rib all the way to the fifth. This is a part of the cow that does a lot of work, which is why this cut is tough. This part of the cow also has a lot of fat relative to the amount of meat, making it perfect for 80/20 ground beef. All of that fat provides chuck roasts with a rich, beefy flavor. It also bastes the meat internally, thus tenderizing it.

The rump roast comes from the opposite end of the cow; it is cut from the round primal. More precisely, it is cut from the bottom part of the round primal. The area that contains the rump roast is another part of the cow that is exercised regularly, which means that it too is a tough cut of meat. It is a leaner cut when compared to the chuck, which means that there is a greater potential for dryness in addition to a flavor that is not quite as strong and the flavor of chuck.

If a recipe calls for one, can you use the other instead?

Both cuts are suitable for wet-heat cooking because of how tough they are and how much connective tissue they contain. You can use a chuck roast in place of a rump roast for braised preparations. You can also use rump roast in place of chuck for these dishes. Chuck will be better due to the higher level of fat, but the results should be satisfactory for each.

Use rump in place of chuck for dry heat cooking if you want leaner meat or to cook with dry heat.

The muscle fibers that make up chuck roasts are tough and they also contain a lot of connective tissue, which adds to the toughness. This makes it perfect for dishes where it is braised for pot roast and stew. In both of these dishes, the fat melts and the connective tissue breaks down to become gelatinous, all of which tenderizes the meat.

Rump roast is another cut of meat that lends itself to stews and pot roasts. Keep in mind that even though rump roasts are tough, they are not quite as tough as chuck roasts. In other words, you are not limited to braising; you also have the option of dry heat methods like roasting, especially if the meat is prime or choice grade. Note that the problems of dryness and lack of flavor can both be avoided with the right cooking methods; however, the risk of encountering them is still higher than with chuck.

How To Dry Age Steak At Home