Ribeye and filet mignon are typically among the most desirable steaks in restaurants. Both have a lot to offer when it comes to flavor and texture; however, they are two very different steaks. Below, we … 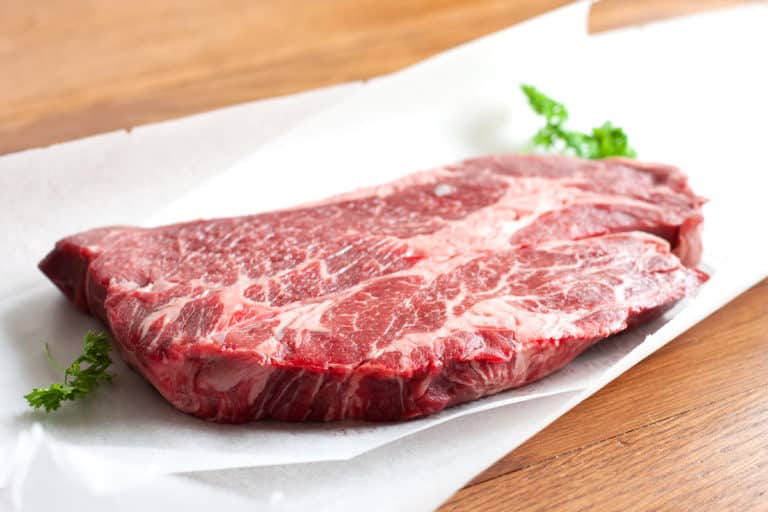 Ribeye and filet mignon are typically among the most desirable steaks in restaurants. Both have a lot to offer when it comes to flavor and texture; however, they are two very different steaks. Below, we will look at how they differ and the factors that you should consider when choosing between them.

How do ribeye and filet mignon differ?

Ribeye steaks contain more fat than other high-end steaks. As a result, they are more flavorful. This is one of those cuts that does not need any seasoning aside from salt and pepper. Ribeye steaks can come with or without a bone attached.

Filet mignon is arguably the most tender cut of beef. It contains no connective tissue, which is often what makes beef tough. Unlike ribeye, filet mignon is a lean cut. This is why you will often see it paired with sauces or wrapped in bacon. These additions give it extra flavor.

If you care more about getting a rich beef flavor, go with the ribeye; if you care less about flavor and want lean and luxuriously tender meat, opt for filet mignon.

Where on the cow do you find the ribeye and filet mignon?

Ribeye steaks are cut from the sixth through the twelfth ribs, closer to the animal’s head and neck. because this area does not move much, the muscles there are tender.

The filet mignon is the narrow tip of a cone-shaped section of beef called the tenderloin that grows along the spine. The wide part of the cone is the sirloin. As with the ribeye, the filet mignon is from muscle that does not do much work and is tender as a result.

Because ribeyes have so much fat, you need to handle them differently than you would filet mignon. The differences are especially apparent when grilling it. Consider the fact that the fat from a ribeye will melt when it is exposed to the searing heat. The melted fat can cause flare-ups that can char the exterior. This does not mean that you should avoid cooking it on the grill; however, it does mean that you cannot leave it unattended. Be ready to shift it if necessary.

Some steak experts say that a steak should not be touched once you lay it down on the grates. If you are inexperienced, feel free to ignore this rule and shift your steak around if there is a flare-up. If your grill is very hot (which it should be) you should check your ribeye every 30 seconds after the 2 -minute mark to ensure that it is not charring.

Filet mignon is typically lean unless you wrap it in bacon or other fatty cured meat. In that case, you will want to watch it as carefully as you would watch a ribeye since the risk of flare-ups from melted fat would be about the same. For a plain filet mignon, you will want to stick to the rule of not touching it once you put it on the grates. You should cook it quickly over a very high heat. Because it is so lean, there should be little risk of flare-ups or charring. Get your grill as hot as you can, sear, and remove. That is all you need in most cases. The problem will be getting your grill to a temperature that can create the brown exterior without also cooking the interior. Try for about 500 degrees.

Filet mignon is considerably more expensive than ribeye, oftentimes nearly twice the cost of ribeye. If cost is of the greatest concern, ribeye is the way to go between the two steaks.