Pork shoulder and pork butt are two similar cuts of meat from the same part of the pig. There are several sources that erroneously claim that the terms pork butt and pork shoulder are synonymous; … 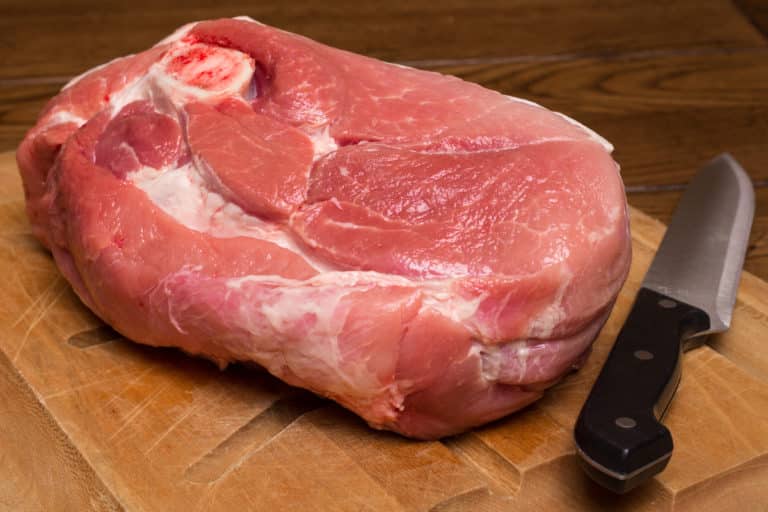 Pork shoulder and pork butt are two similar cuts of meat from the same part of the pig. There are several sources that erroneously claim that the terms pork butt and pork shoulder are synonymous; the truth is more complicated. Let’s just say that they are similar.

These two cuts of pork can be cooked using the same techniques but there are a few significant differences between them, which we will get into below.

How do pork shoulder and pork butt differ?

The differences between these two cuts of meat have to do with where they come from on the pig and their size. It should also be noted that pork butt typically has more fat and marbling when compared to pork shoulder. Whereas pork shoulder is typically sold with the skin on and bone-in, pork butt is usually sold skinless. Pork butt may be bone-in or boneless.

The typical pork butt cut will weigh between 6 and 10 pounds, depending on whether it is boneless or bone-in. It contains a variety of different muscle groups that are held together by connective tissue. Some liken it to having the whole pig in one cut simply because of the range of different flavors and textures.

Pork shoulders are sometimes referred to as picnic shoulders or shoulder roasts and are usually smaller, typically weighing between 4 and 6 pounds. The meat in a pork shoulder will usually all have a similar texture.

Where on the pig do you find these cuts?

Both cuts come from the upper part of the animal’s foreleg. The cut that is labeled shoulder comes from the thinner triangular part; the cut that is labeled butt comes from the thicker part. Together, they make up what is termed the whole pork shoulder. It is a part of the pig that does a lot of work, which means that the muscles are well-exercised and tough. All the best ways to cook meat from this part of the pig involve low heat and long cooking times.

Both are versatile cuts that you can cook in a variety of ways, including braising them or cutting the meat off for stew.

Is one easier to smoke than the other?

Both are well suited for the low and slow style of barbecue; these are not parts of the pig that you can grill for a few minutes or even for an hour or two. Since this meat is naturally tough, you may need exposure to low heat for up to 12 hours (depending on the size of the cut) to tenderize the muscle fibers. Both cuts are also high in fat, which will melt slowly and will baste the meat to make it even moister and easy to cut or to pull apart. Pork butts usually have more fat, which means that they are also usually more tender and moist.

Pork shoulders are generally considered to be the easier of the two to smoke, simply because they are smaller and require less time and fuel to cook.

Which cut is the most expensive?

According to the USDA national pork retail report, pork butt has consistently been a few cents more expensive than pork shoulder. Expect them to be close in price.

Pork butt can be used in cases where you want the meat to fall apart such as for shredded pork or pulled pork. Pork shoulder is better for slicing, but can also be pulled or shredded.