All About Marbling In Meat: What Is It, What Impacts It, And More

In the world of meat, marbling is king. Marbling is the white flecks of fat that you see in red meat. The more marbling a cut of meat has, the more tender and juicy it … 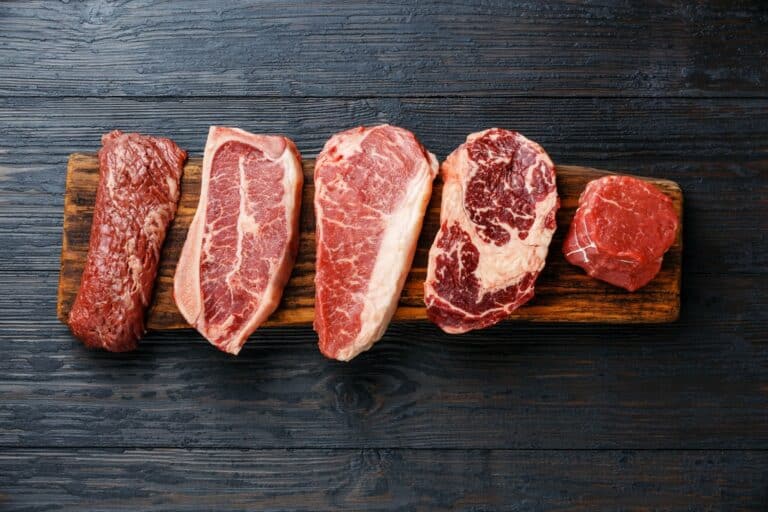 In the world of meat, marbling is king. Marbling is the white flecks of fat that you see in red meat. The more marbling a cut of meat has, the more tender and juicy it will be. But what is marbling? Does cow breed affect how much marbling there is in meat? What are the benefits of a lot of meat marbling? And what’s the downside to too much marbling? Read all about it.

Marbling is the intramuscular fat that gives steak its flavor and tenderness. When meat is well-marbled, it means that there is a good amount of fat running through the muscle fibers, which makes for a juicier, more flavorful piece of meat.

Marbling is important for two main reasons: flavor and tenderness. The fat in marbled meat helps to keep it moist and juicy, which means that it will be more flavorful than leaner cuts of meat. In addition, the fat helps to make the meat more tender, so it will be easier to chew and digest.

USDA beef grades are one grading scale that is related to beef marbling, with the highest level of the USDA grading system, Prime grade beef, having more marbling than the lower (and leaner) Choice and Select grades.

There is also another more universal scoring system for meat marbling, called the Beef Marbling Score. It’s a Japanese standard particularly used for Wagyu and Kobe beef, but it has become globally popular. It covers 10 levels (from BMS No3 to BMS No12, with BMS meaning beef marbling score) which measures the meat’s intramuscular fat. The higher the score, the more marbling is present in the beef. And those higher marbling scores typically also mean more expensive cuts of beef. 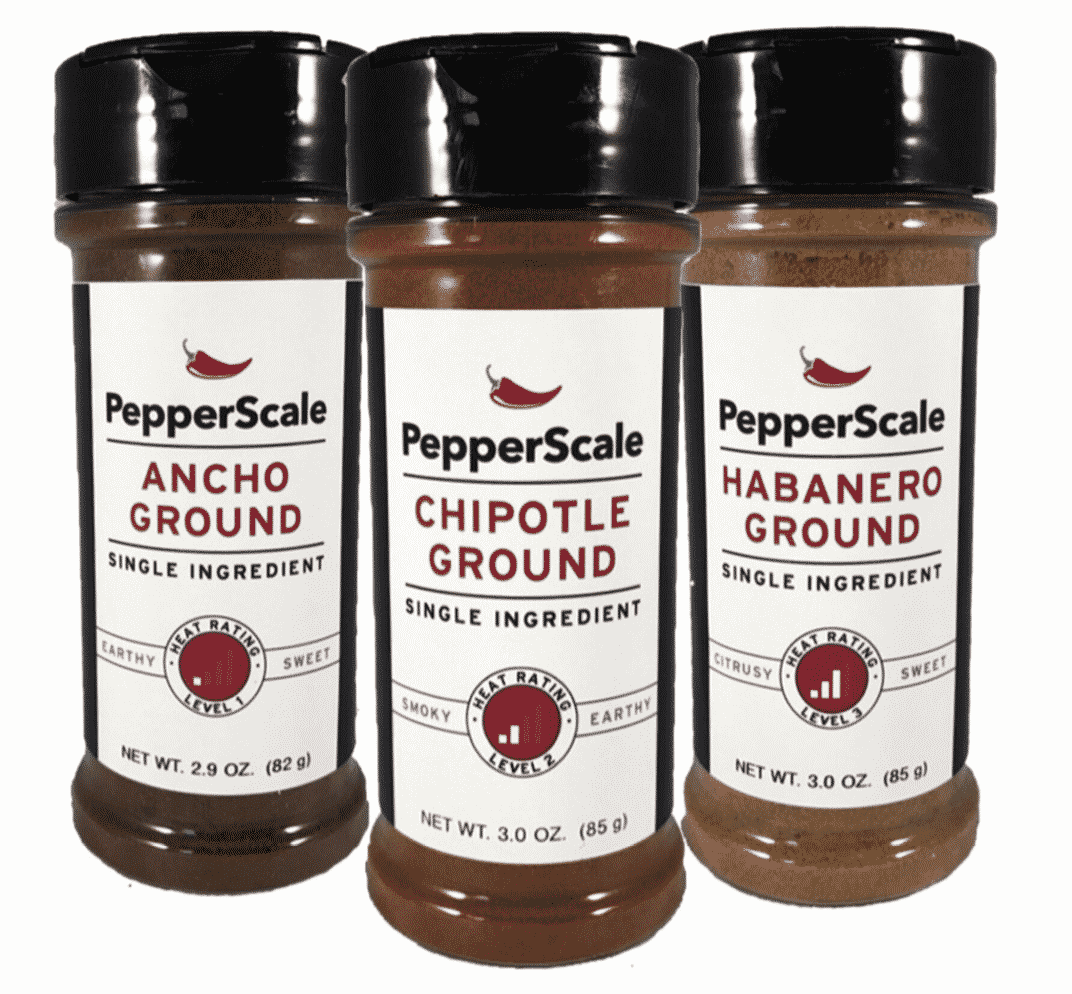 Up the Scale Set I: Ancho, Chipotle, and Habanero Powders

A trio of chili powders that run up the Scoville scale - all perfect as dry rubs alone or used as a base for fiery seasonings. Mild and earthy ancho; medium-heat, smoky chipotle; and citrusy, extra-hot habanero powders. 100% ground chilies, no additives.

Buy Now
PepperScale and Fiery Flavors are both part of the CIndermint family of sites. Subscribers to PepperScale receive 15% off its fiery spices!

What meat has marbling?

The term is most often used in reference to beef, but can also be used when talking about pork, lamb, and many game animals. You may even see it referred to in relation to chicken, particularly the white striping you sometimes see in chicken breasts. Though it’s not nearly as commonly used.

What’s the difference between coarse marbling and fine marbling?

Does the cow breed affect marbling?

There are a few cattle breeds that are known for their marbling potential, including Angus, Hereford, and Wagyu. However, there are many other factors that affect marbling (including diet and genetics), so it’s hard to say definitively whether or not breed plays a role.

In general, though, the higher the quality of the cattle, the better the marbling will be. So if you’re looking for top-notch steak, it’s always best to choose the highest quality meat you can afford. Angus, Hereford, and Wagyu are all great choices.

Does what cattle eat affect marbling?

The answer may surprise you. It turns out that what a cow eats can have a big impact on the amount of marbling in its meat.

Do certain steak cuts have more marbling than others?

Yes, there is a great deal of variation in the amount of marbling between different steak cuts. For example, a filet mignon will generally have much less marbling than a ribeye. This is because the filet comes from a leaner part of the cow, while the ribeye has more fat running through it. That extra fat is what gives the ribeye its signature flavor and tenderness.

What are the benefits of meat marbling?

Simply, marbling adds flavor. The more marbling a piece of meat has, the more tender, juicy, and flavorful it will tend to be. That’s why Wagyu beef, which is known for its intense marbling, is so prized by chefs and meat lovers around the world.

While beef marbling is primarily a value to flavor, it also has a few other benefits. For one, it helps to keep the meat moist during cooking. This is because the fat melts and bastes the muscle fibers as it cooks, keeping them moist and juicy. Additionally, marbling can also help to improve the texture of the meat.

What’s are the downsides to meat marbling?

Well, for one thing, it can make the meat tougher if you cook the meat incorrectly. That’s because all that extra fat means there are more connective tissues in the meat. When the meat is overcooked, it loses the benefit of the marbling and can make the steak chewy. And no one wants a tough steak.

All that extra fat also means that your steak will have more calories. If you’re watching your weight, or trying to eat a healthier diet, you might want to choose a leaner cut of meat.

And finally, steaks with a high amount of marbling tend to be more expensive. In fact, they tend to be the most expensive steak cuts you can purchase. If price is a factor, you may want to also look to leaner steak cuts.

As mentioned above, highly-marbled meats will contain more calories. But some studies suggest that marbling in meat can be beneficial, providing a source of healthy fats and nutrients. Other studies, however, have linked marbled meat to higher levels of cholesterol and saturated fat, along with major heath issues like coronary heart disease.

If you’re looking to eat healthier, leaner meats are likely a better choice, even with any potential benefits of marbled meats. Too much fat (and calories) in any diet is never a good thing. Though, of course, moderation is key and when you want the most flavorful steak possible, you’ll want to really consider how marbled you want it.

Ribeye Vs. NY Strip: How Do They Compare?

Striploin Vs. Sirloin: How Do They Compare?