What Are The Best Liquid Smoke Substitutes?

Liquid smoke is a popular ingredient in barbeque sauces and rubs, but what do you do if you don’t have any on hand? What’s a good liquid smoke substitute that closely matches on flavor? Or … 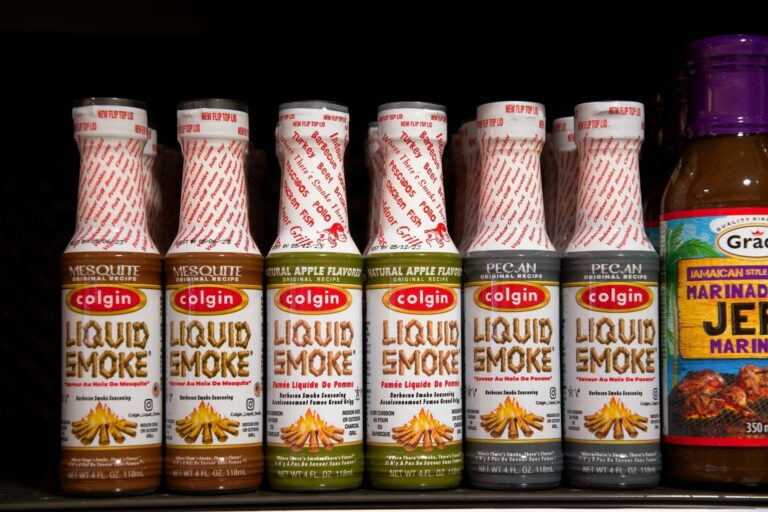 Liquid smoke is a popular ingredient in barbeque sauces and rubs, but what do you do if you don’t have any on hand? What’s a good liquid smoke substitute that closely matches on flavor? Or that you may readily in your cabinet? From smoked salt to hickory extract, there are plenty of ways to add smoky flavor to your food without using liquid smoke. Liquid smoke is a handy way to add smoky flavor to foods. This four-pack gives you all sorts of flavor options, based on different woods smoked: hickory, mesquite, apple, and pecan.

What is liquid smoke? And why do people use it in their cooking?

Knowing what this ingredient is helps set the stage for the right kitchen substitutes. Liquid smoke is a concentrated form of smoke flavor that is used as a seasoning. It is made by condensing the smoke from burning wood, which contains compounds that contribute to the taste and smell of smoked foods. These include chemicals like guaiacol, which has a smoky, bacon-like flavor, and other aromatic compounds.

What are some of the best substitutes for liquid smoke?

Smoked salt is made by smoking salt over a fire, imparting a smoky flavor to the salt. Smoked salt can be used instead of liquid smoke in any recipe that calls for it. It is a good choice for rubs, marinades, and seasoning meat and vegetables.

Note: chipotle in adobo sauce is also an alternative here. The adobo sauce is a spiced tomato sauce with a lot of earthiness and some heat. Consider whether that will work with your meal. There’s a lot more to it than a few dashes of liquid smoke.

Smoked paprika is made from smoked peppers. It imparts a smoky flavor to food and can be used in place of liquid smoke. Smoked paprika is also a good choice for Mexican, Tex-Mex foods, and barbecue. It’s also one of the more common spices on a reasonably stocked spice rack. So chances are you have this spice sitting right in your cupboard.

Though note – there’s no true smoky flavor here. It’s salty with more of an umami flavor. The benefit of Worcestershire sauce is how common it is in many refrigerators. And it tends to go well with many dishes where liquid smoke may be an option.

How To Create Charcoal Flavor Off the Grill