How To Cure Meat At Home

Cured meats like serrano ham and pepperoni are just continuations of the age-old human tradition of salting meat to preserve it and make it safe for eating. Curing helps to prevent food-borne illness caused by … 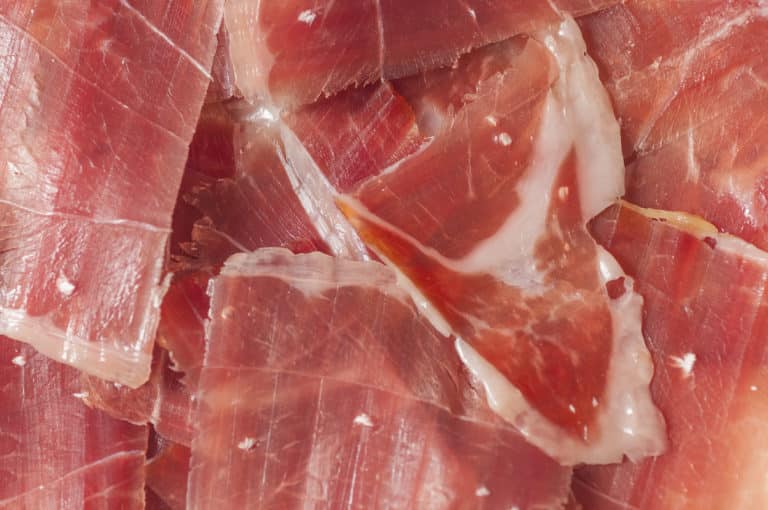 Cured meats like serrano ham and pepperoni are just continuations of the age-old human tradition of salting meat to preserve it and make it safe for eating. Curing helps to prevent food-borne illness caused by bacteria like Clostridium botulinum. It is also important to recognize that the curing salts used to cure meat can be deadly if they are not handled carefully. Cure meats safely by following these steps.

1. Decide which meat you want to cure.

Ham is the most popular choice, but you can cure any meat. To make things easier, choose meat cuts that consist mostly of the same muscle group.

2. Completely thaw the meat that you plan to cure.

Cure preparations are not able to penetrate frozen meats. After thawing, trim off any fat or tendons.

You can use sea salt or kosher salt, which will draw out moisture and reduce (but not eliminate) the risk of food-borne illness. The moisture will be drawn out of both the meat and any bacteria in the meat. This will intensify the meat’s flavor and hopefully kill bacteria. For a greater degree of safety, you will need to use curing salt. Curing salt goes by several names including Prague powder, Instacure and pink salt. It comes in two forms: 1 and 2. Curing salt 1 (also called Prague powder 1 or Instacure 1) is for meats that will be cooked after being cured and consists of 1 part sodium nitrite and 15 parts salt along with anti-caking agents. This curing salt is used on hams and bacon. Curing salt 2 is for air-dried meats like prosciutto and salami. Curing salt 2 contains 6.25 percent sodium nitrate along with 4 percent sodium nitrite. The rest consists of salt and anti-caking agents.

4. Decide whether you will be using a dry cure or a brine.

Dry curing involves applying the curing salt like a dry rub. Brining involves placing the meat into a solution.

To dry cure, combine the curing salt and any spices that you want to use. Common spices for curing meats include black peppercorns, star anise, and fennel seed. You will also want to add a little sugar, preferably dark brown sugar. Rub the exterior surface of the meat with the curing salt and spice mixture.

Loosely wrap the meat and refrigerate for 7 to 10 days. You will want a loose wrap because you want some exposure to air so that moisture can escape.

To wet cure meat, you will want to complete steps 1 through 3. Instead of making a rub with the curing salt and other ingredients, you will make a brine. Combine the curing salt, your preferred spices and sugar in a plastic or glass bowl then add water that has been boiled and cooled to room temperature. You will need enough water to fully submerge the meat. To get 1 gallon of brine, use 1 1/2 teaspoons of curing salt 1 along with your chosen spices and the preferred amount of sugar. Place the meat into the brine. For thicker cuts, you may want to inject the brine into the meat in addition to soaking it. Place the meat and brine solution into a refrigerator in a brining bag or another nonreactive container. Store in the refrigerator 1 day for every pound of meat.

Do and don’ts of curing meat

Do cook meat after curing with curing salt 1 since it is still raw meat.

Do rinse both dry and wet cured meat after removing it from the refrigerator. Rinsing gets rid of any crystallized salt on the surface.

Don’t apply the curing salt and spice mixture while the meat is on a bare metal surface. The sodium nitrite will react with the metal.