Hickory wood is arguably the most popular wood used to smoke foods in the US. While its use is hardly a new phenomenon, it has become an even more popular smoking wood with the advent … 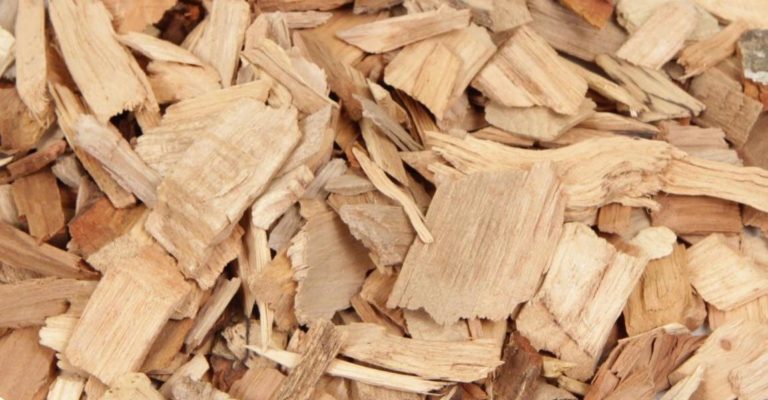 Hickory wood is arguably the most popular wood used to smoke foods in the US. While its use is hardly a new phenomenon, it has become an even more popular smoking wood with the advent of barbecue competitions. When properly dried, hickory wood is without the resins found in softwoods. Those resins make softwoods unfit for smoking due to the potential for creosote buildup and carcinogen-filled smoke. Hickory wood gives off a light blue smoke and can burn for a long time, which are just two of the factors that make it the perfect smoking wood. Hickory wood provides a delicious smoky, earthy, and nutty flavor to your foods. Bacon is flavored with hickory, so you have an idea of the flavor it brings.

Which tree is the source of hickory wood chips?

This is a big part of why they are so popular with smoking. People want to replicate a traditional barbecue taste. Hickory wood is hard enough and versatile enough to be used for everything from baseball bats to furniture.

What flavors do hickory wood chips bring to foods?

Hickory brings a deep, nutty, and earthy flavor to foods that it is used to smoke. It is distinctive and easy to identify, even if you are a novice when it comes to the flavors of wood smoke. If you have ever eaten bacon, then you most likely know exactly the flavor that hickory gives to food.

Most commercial bacon is flavored with hickory and has a recognizable hickory flavor. In fact, hickory and salt are often the only flavors in bacon. You can think about it this way: smoking with hickory makes food taste like bacon.

Hickory is well known for being used on different forms of cured pork like hams and bacon. It is a popular wood for these applications because it works so well. However, it is a versatile wood with far broader applications. If you use it with restraint, you can flavor mild meats or be a little less restrained and use it as a flavoring for beef. It mixes well with milder fruit woods like peach, orange, and cherry.

What are the best methods for using hickory wood smoking chips?

The easiest way to use hickory wood chips is with a smoker box. Load the box up with chips and place it on started coals or above the burner on a gas grill.

If you do not own a smoker box, you can still smoke your food. You can do this by wrapping the chips in aluminum foil, poking some holes in the foil, and placing the packet of chips on the coals or over the burner.

Both methods allow you to control the rate at which the chips burn and therefore the amount of smoke to which you expose your food. You can easily remove the smoker box once your meat is adequately smoked. Soaking is often suggested as a way to control the rate at which chips burn but is not very effective since soaked chips have to dry out before they start smoking.

What Are The Best Oils For Grilling?

What Are Some Of The Best Fruits To Grill?