Ground chuck and ground beef are similar in that they both come from the same animal. They also taste and look similar enough that you could be forgiven if you mistook one for the other. … 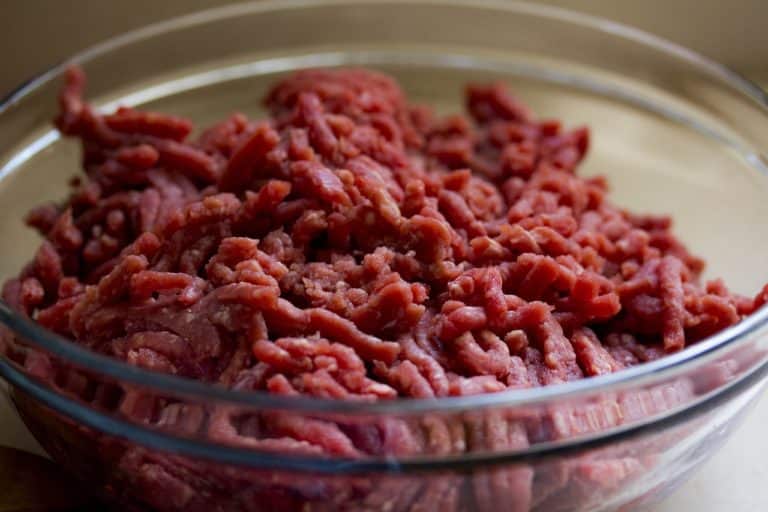 Ground chuck and ground beef are similar in that they both come from the same animal. They also taste and look similar enough that you could be forgiven if you mistook one for the other. However, there are some key differences between the two. We will compare these different forms of beef below in another BBQ Showdown.

How do ground chuck and ground beef differ?

A butchered cow is divided into eight specific sections, which are called primal cuts. One of those primal cuts is the chuck. Ground chuck is meat from the chuck primal that has been ground. Ground chuck is relatively high in fat and as such is regarded as particularly flavorful. In some cases, a butcher will actually add fat from other cuts of meat to increase the fat ratio.

With ground beef, the ratio of lean meat to fat can be carefully controlled. One of the more popular mixtures is an 80/20 blend, which is 80 percent lean meat to 20 percent fat. Ground beef often has a lower amount of fat than is present in ground chuck. The result is meat that is healthier but not quite as flavorful. Meat with too little fat can also dry out on the grill. The law also mandates that ground beef cannot contain more than 30 percent fat.

Where does each originate from?

The chuck primal cut is mainly from the shoulder of the animal, but can include parts of the front leg along with the ribs and neck. It can comprise up to 30 percent of a side of beef. Unlike the parts of the animal from which we get steaks, the chuck gets a lot of exercise. The work it does and the weight it bears makes it tough. The tougher a cut of meat is, the better suited it is to being ground or cooked low and slow.

Is one easier (or better) to grill (or smoke) than another?

The fat content of ground chuck does make for a juicier burger; however, it also presents the risk of flare-ups from melted fat dripping onto coals. That can make it difficult to grill the meat without charring it. ground chuck can be combined with ground sirloin to help counter this problem.

The ease of grilling ground beef depends on the ratio of lean meat to fat. When ground beef has an 80/20 ratio, it is generally considered relatively easy to grill with limited risk of flare-ups, though it may be more likely to dry out. More fat means a greater risk of flare-ups but a reduced risk of dry, flavorless patties.

What about price – which is the most expensive in stores?

According to the USDA, the average price of ground chuck tends to be in the middle zone of the price range of ground beef. Ground beef prices range multiple dollars depending on the ratio of fat to lean meat.

When is ground chuck a better choice than ground beef (and vice versa)?

If your focus is on flavor, then the higher fat content of chuck makes it the best option. If you are trying to cut back on your fat intake, then an 80/20 or 90/10 ground beef may be the better option.