Sure, some people don’t like overly spicy foods. Their smell hurts the nostrils, they burn the tongue and lips, they make eyes teary, and the sweat…well, that’s the kicker for most.  Yet there are many out there … 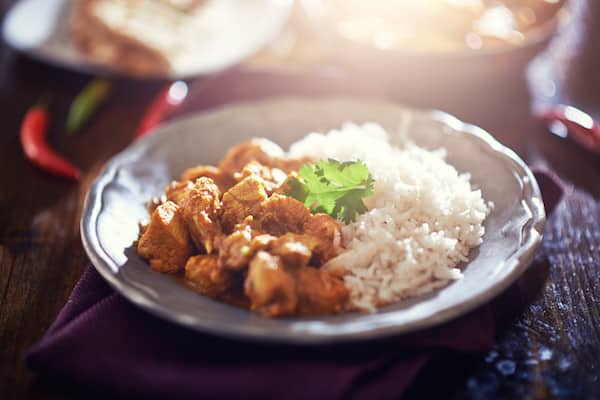 Sure, some people don’t like overly spicy foods. Their smell hurts the nostrils, they burn the tongue and lips, they make eyes teary, and the sweat…well, that’s the kicker for most.  Yet there are many out there that love these fiery flavors, and along with the tastes, they reap a lot of health benefits for having them as part of their standard diet.

Yes, there are lots of benefits of spicy foods, from hot peppers to horseradish. The benefits are so great, in fact, that getting used to them – and in time really enjoying them – can be a real boon to your overall well-being. Below are just a few, and it’s an impressive list.

So many people battle with their weight, but few of them understand the value that spicy foods can have to help them control their eating and even shed some pounds! Spicy foods boost the metabolism, which in turn burns calories. Spicy foods are also known to curb cravings and over-eating, so you’re less likely to add those extra daily calories that make weight loss difficult.

Chili peppers, especially, are known for their pain reducing properties. Eating them releases endorphins which, in turn, blocks the  feeling of pain. This isn’t simply for basic boo-boos, spicy foods can actually help relieve the pain associated with serious conditions like arthritis.

The common main component of hot peppers is capsaicin, a compound that has been tested by the American Association of Cancer Research and is believed to fight and kill cancer cells and slow down the growth of tumors. Chili peppers, horseradish, wasabi, and other spicy foods are also rich in vitamins, minerals, and most importantly antioxidants. These antioxidants fight free radicals that cause the type of cell damage linked to cancer.

Studies show that people who like eating spicy foods have a lower tendency to have heart problems compared to those who don’t eat spicy foods. It is known that capsaicin helps fight inflammation, which prevents many heart problems like heart attack and stroke.

Spicy foods are also credited for easing depression and stress. These foods rev the body’s internal engine, which in turn allows you to relax. There are also certain types of Indian spices found in curry (like turmeric) that are believed to even delay the onset of Alzheimer’s disease.[easyazon_infoblock add_to_cart="default" align="right" asin="1584794119" cloaking="default" layout="top" localization="default" locale="US" nofollow="default" new_window="default" tag="fieryflavors-20" type="single" link_id="55"]

Eating spicy foods promote a healthier respiratory system by loosening mucus. In fact, spicy foods are an excellent way to reduce the mucus congestion created by everything from simple colds to asthma.

There are so many benefits of spicy food that it’s hard not to consider how to add more of them into your diet. The good news is that spicy foods are becoming more and more mainstream, from hot sauces and salsas to wasabi pastes and ginger candies. Supermarkets are full of spicy options that once were only available in specialty shops. Getting them into your daily diet is easier than ever, and with that comes a longer, healthier, and happier life.

Best Grill Pan Options To Spice Up Your Indoor Cooking

Craving Spicy Food? Here May Be Why…