Seven Of The Most Common Barbecue Sauce Ingredients 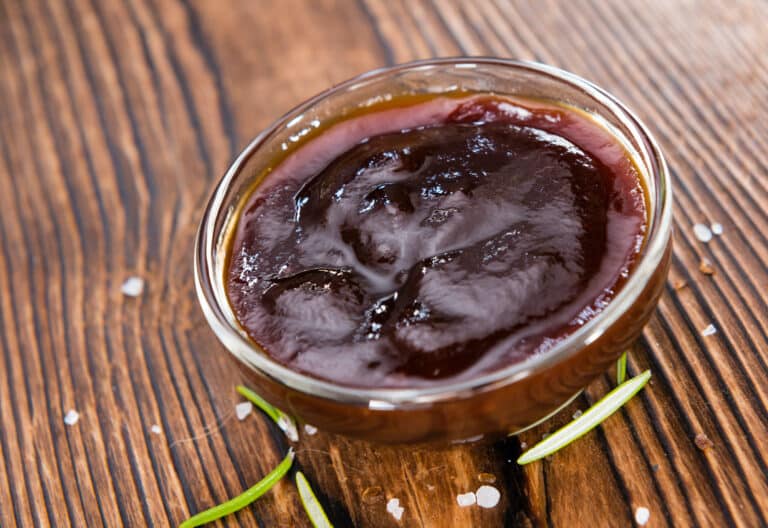 You are here: Home » Cooking Tips » Seven Of The Most Common Barbecue Sauce Ingredients

Barbecue sauce is not essential to barbecue, according to purists; however, most people are not purists when it comes to barbecue. Barbecue sauce is widely used both for barbecue and as a condiment. It is good for more than just covering up mistakes, it helps to provide moisture and enhances smoky and meaty flavors. If you want to make your own barbecue sauce, here are some of the most important ingredients that you should know.

As the basis for the most popular varieties of barbecue sauce, ketchup is essential for body and flavor. Its use is a tradition that comes from the Kansas City style of barbecue, which has surpassed its local status and become a truly international favorite. What most people know as barbecue sauce is Kansas City barbecue sauce. The thickness of ketchup helps the sauce to cling to the meat’s surface so that it retains moisture.

Ketchup’s balanced sweet and acidic combination can help a barbecue sauce to cut through the taste of fatty meat and give flavor to leaner meat. When it comes to the appearance of your barbecue, ketchup is the main factor in the deep red color and glossiness that most people associate with barbecued meats.

You can add mustard to a ketchup-based barbecue sauce to give it tanginess, though you should only add a small amount if you want to preserve the deep red color. Mustard can also be the basis of the sauce. You will see mustard used in South Carolina-style barbecue sauces to provide body, color, and flavor in much the same way that ketchup is used in the Kansas City style ones.

Mustard sauce recipes tend to be almost identical to the ones for ketchup-based sauces. The difference is that ketchup is replaced with mustard as the main ingredient. Mustard’s tanginess helps to cut through fatty cuts of meat and is typically balanced out by sweet and umami elements like brown sugar and Worcestershire sauce.

Outside of Alabama, mayonnaise may not be on many people’s lists of best barbecue sauce ingredients; however, that may change soon. Mayonnaise provides body to Alabama’s white barbecue sauce recipe though it does not provide much flavor. The mayonnaise does help meat to stay moist over long smoking times and it can give a distinctive glossiness but without the appetizing red or golden color that you might get from ketchup- or mustard-based barbecue sauce.

While it is somewhat bitter on its own, molasses brings depth to barbecue sauces and helps to create a background against which brighter flavors shine. Molasses also enhances texture and appearance by making barbecue sauces stickier and glossier.

Brown sugar isn’t used in white barbecue sauce but it is in the ketchup- and mustard-based ones. It combines the depth of molasses with sugary sweetness. The sweetness helps to balance out the acidity of mustard and ketchup.

Soy sauce is an outlier among barbecue sauce ingredients but it can be effective. Use it to enhance the umami element in the flavor profile if you need something more savory than Worcestershire sauce. It also helps to add a molasses flavor.

Five Types Of Smokers You Should Know